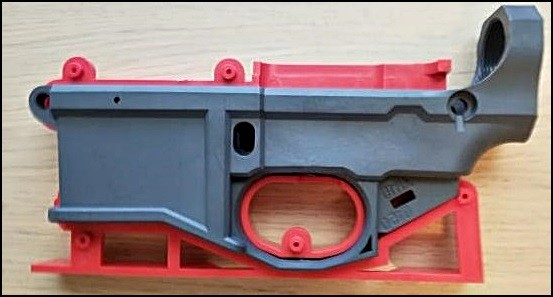 When it comes to customizing your AR, the lower receiver is one of the obvious big wins as it offers a huge amount of possibilities when you are making a gun your own.

The receiver is often made of forged, machined, or stamped steel or aluminum, since it is a part that experiences high stresses during shooting, but in addition to these traditional materials, modern engineering practices have introduced polymers and sintered metal powders to receiver construction as well.

To cater for this huge market in customization, there are a growing number of 80% lowers available. These unfinished receivers”, also called “80 percent receivers” or “blanks”, are partially completed receivers with no serial numbers. Purchasers must perform their own finishing work on these parts in order to make the receiver usable in the weapon.

We love our 80% lowers because they offer us two distinct positives; convenience and cost! But as well as paying a whole lot less for our customizable parts, 80% lowers allow users to avoid excessive Government red tape and needless fees, while also saving a whole ton of cash by avoiding the retail gun store markup.

In fact, they make sense from so many points of view that if you’re not building an 80% lower, you’ll be spending way more money on your gun than you should. Aluminum lowers are available as either forged or machined billet, and these can be priced low, starting at below $100 in cost.

Low Cost Is The Biggest Benefit

But price is now an even larger factor, with the introduction of polymer receivers, which can knock anything up to $50 off the cost of a receiver, making them very attractive indeed. But are they actually any good? A few years ago, polymer gun parts wouldn’t have sounded like a good idea, particularly on a rapid-firing weapon, but Glock showed that it wasn’t just possible, but actually made for a lightweight weapon. So, polymer have been proven to work with automatic weapons, but does that mean that you should invest in it in your AR? Let’s look at the pros and cons.

Obviously, polymers are pretty lightweight, but so is aluminum, and can you really gain that much weight loss by changing? An 80% lower in aluminum will come in at a little over 2 pounds, which isn’t too bad, but a polymer version could be as much as 40% lighter! Clearly, on weight, polymer is the winner and there are possibilities that it will get lighter still as new polymer blends are developed; however aluminum alloys will always be aluminum alloys!

This is probably the area of chief concern when picking a material for your lower rather than weight, and it is no surprise that aluminum scores well here. Eugene Stoner designed well and choosing aluminum alloy for the lower receiver is tough to beat, particularly under sustained fire. The materials ability to transfer heat while maintaining is strength has helped make the AR the gun it is today. Polymer parts used on weapons like the Glock perform well, but there is a big difference between pumping out 19 rounds as fast as your finger can work and firinging off thirty (or more, with an extended magazine) on fully automatic. Polymers cannot handle heat dispersion as well as metals and particularly aluminum is far better than most other metals, so an AR with a polymer lower runs the risk of heat build up and possible distortion.

How Easy Is It To Build A Gun With?

Both materials are relatively easy to work and if you have a good set of dies then drilling and milling. There is only a small chance of getting things wrong, but if you do, you will find that polymers are a lot less forgiving. In addition, polymer parts are more prone to allowing drill wander as you start to apply pressure to a tool and that can spell a disaster that you don’t know about until you start to assemble your AR with its new lower and find that parts are going together either straight or square. As discussed above, aluminum parts are also much better at handling heat transfer, and that goes with machining as well as using your finished weapon. Drilling operations transmit heat into the part and this isn’t a problem for the metal, but can lead to localized problems with heat dissipation in polymer parts. Generally, polymer parts need to be worked in a slower and more considered way in order not to experience problems in either machining or build.

Which Is Better: Billet Or Polymer?

One the whole, polymer parts are a bonus with your AR, and can be used to great advantage to reduce weight, including recoiled mass under fire, thereby making it easier to switch between targets. But using polymer parts for mechanism- critical areas runs the risk of problems under firing, and reductions in weight are not worth those potential issues.

When it comes to lowers, billet parts offer the greatest balance of weight reduction and reliability, and these seemingly bomb-proof parts have a long tradition of delivering everything that the AR shooter wants, and still at a reasonable price. Our view is “why fix what’s not broke?”. Overall, billet edges ahead of polymers as a better material. But, if you just want some variety in your gun collection, then maybe give a polymer receiver a shot!

Previous: About Our 80 Lower Receivers
Next: 3 Benefits Of Using A Jig For An 80 Lower