The AR10 and AR15 are solid workhorse weapons, and pretty interchangeable in terms of their style and functionality, but there is one pretty big, fundamental difference: Caliber.

The 7.62x51mm (~.308 inch) AR10 was developed by Eugene Stoner way back in the 1950’ and entered production at the ArmaLite facility in Hollywood, California, but ceased manufacture before 10,000 units were reached. Crucially though, despite its relatively short production run, the AR10 spawned a fine range of other firearms.  The most significant of these was the AR15 – a scaled down version of the original rifle rejigged to accommodate the new Remington .223 round (5.56mm). 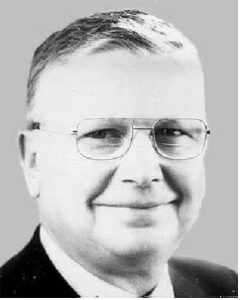 The AR10 was itself an innovation, developed by ArmaLite in response to a nationwide competition for firearms manufacturers to design a new rifle for the infantry.  The M1 Garand was coming to the end of its useful life and a new mass-produced replacement was needed. The military were looking for a magazine-fed infantry rifle that could put up with the kinds of knocks and bruises expected in combat, and still deliver exceptional performance.  The AR10 was enterprising in its use of straight-line barrel design coupled with phenolic composite stock and fore-end together with forged alloy steel rifle parts. This design resulted in a substantially smaller rifle that was easier to control in the automatic fire mode and significantly lighter than other infantry rifles of the day, and quickly became a standard for the military.

The T44E4 from Springfield Armory, together with the heavier T44E5 were essentially updated versions of the same old Garand, chambered for the new 7.62 mm round, while Fabrique Nationale submitted the Y48 FN FAL for assessment.   The T44 was essentially an upgraded version of the M1 Garand, with a 20-cartridge capacity and was made fully automatic, and for that reason was felt to be the safer option than the new and untried AR10.

Back To The Drawing Board

Neither of the upgrade weapons really inspired military leaders but while the AR10 captured their imagination, and, initially, it lost out to the Springfield Armory T44 and it looked as though the ArmaLite weapon would be consigned to history.  That was until Vietnam.  When some of the first T44’s – now designated M14 – went up against the AK47’s of the Vietcong, and was very hard to control when being fired in fully automatic mode. In addition, it did not have a large enough magazine to take on the Russian-made AK-47, and that left American troops at a potential disadvantage. These factors were sufficient to make the Generals think again on their decision.  Military chiefs liked the robustness of the AR10, along with its inherent accuracy compared to previous infantry weapons, but felt that it could be made smaller and lighter. 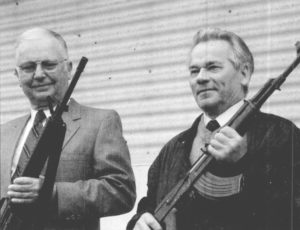 In 1957, General Willard Wyman had asked the military to design a smaller caliber rifle with at least a 20-round magazine, and with an overall weight of under six pounds.  The AR10 didn’t quite reach that ideal, but it was felt that it was a design that could be enhanced further. At the same time that the AR10 was being deployed, Remington were working with the Government to introduce the new .223 round to the Military, and Eugene Stoner – the chief firearms designer at ArmaLite – was invited to amalgamate the new round with a scaled down version of the AR10.  Within a few months, the legendary AR15 was born.

It would have been plain sailing for ArmaLite to build and deliver what would become one of the most famous assault rifles ever from there, but the small company knew their limitations and sold the manufacturing rights the AR15 – which rapidly turned into the well-known and loved M16 – to Colt and the rest, as they say, is history.

How Is The Ar-10 Different?

Key to the AR10’s performance was its gas operation which allows the gun to reset every round. In this kind of design, most gas-operated rifles bleed this propellant gas to a port in the gun barrel to the piston in a cylinder running parallel to the barrel, which then re-cocks, ejects the spent cartridge, and loads a new round into the chamber. With Stoner’s AR10 design, the propellant gas bleeds through a cylinder running in parallel with the gun barrel to impinge the bolt carrier mechanism.

But the round size, rate of fire, and muzzle velocity are not the only differences between these two powerful weapons, and even though they share many common parts in design, in reality there are significant disparities between them. The AR10 and AR15 share many common and interchangeable parts, such as triggers, bolt catches and bolt carrier group, and buffer tubes, while Magpul PRS stock fittings are the same on both models.

Weight.  The AR15 was designed to be a whole lot lighter than its bigger brother, and the two-pound difference (variable depending upon the trim) makes a huge impact on the performance of the weapon.  While the AR10 used fiberglass for the stock, pistol grip and hand-guard, this was changed for the much lighter (and stronger) nylonite on the AR15, making a substantial difference to the overall weight of the weapon.

Ballistics.  The more powerful 7.62 round has a flatter trajectory and longer maximum effective range, as well as having more “knockdown” power than the 5.56 round at combat ranges. However, the 5.56 bullet is designed to fragment upon penetration, leaving multiple deep wound channels instead of punching through the target in a straight line like the larger round, increasing the lethal effect of the bullet. Therefore, the 7.62 is preferred for longer distance sniping, while the 5.56 is more of a general round for infantry use.

Recoil. This is a highly significant part of the package that affects the overall accuracy of the weapon, particularly under high rates of fire. The AR10 was designed around a much larger round, and was a heavier gun, so all that mass is going to be transferred backwards with each shot fired.  The .223 round of the AR15 delivers a smaller kick, though the absorption capabilities of both models is pretty impressive. However, due to its lighter recoil, the AR 15 tends to produce more accurate, and faster, follow-up shots, and is significantly better in terms of bullet spread under fully automatic firing conditions.

The AR10 and AR15 are two slightly different peas from the same pod and each has their own pros and cons in assault-rifle lore, but regardless of which one you choose, to can rest assured that you have a fine weapon in your hands.  Good accuracy and low recoil make these the choice of weapon for those wanting a target gun alongside a balls-out fully automatic bundle of power.

Next: Why Do Gun Barrels Have A Twist?

Support the 2A! As of July 1 No Sales to CA or WA State Dismiss