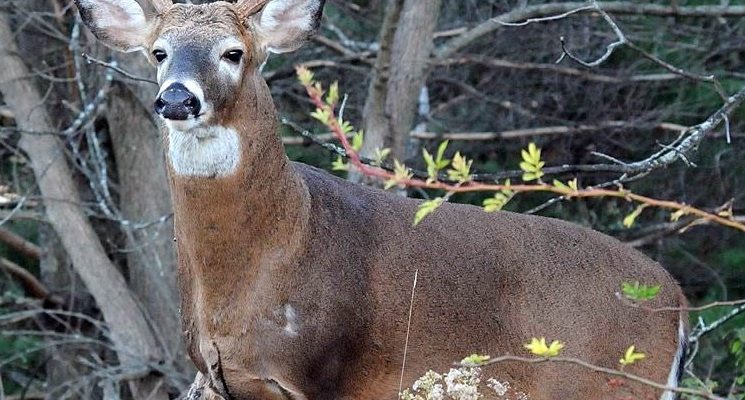 While the AR was originally conceived as a tactical weapon, the ability to customize it means that it can be slotted into almost any weapon category, and a growing number of serious hunters are now turning towards this excellent weapon. But if you are considering building an AR hunting rifle, there are several fundamentals that you need to consider.

Most States allow big game hunting with semi-auto rifles, but first off you need to think of a few things like, the type of game that you are going to be hunting for, as this will determine fundamentals such as caliber. You also need to consider local laws, so check the regulations for the area you plan to hunt and what type of firearms are allowed. These kinds of questions will dictate how you will customize your AR Rifle build.

The AR is renowned for the huge range of calibers that it can use, and there are a few that are ideal for hunting game of different sizes. When we talk about hunting, we’re not considering anything too small, like rabbits, squirrels and even small predators like coyotes so we won’t consider rounds like the standard .223, which is ideal for these. Instead, we will look at rounds that are sufficient to bring down something sizable like deer.

If you are hunting deer or even hogs, then you are going to up your ammo size a bit to make sure of a clean kill. This means that you probably need to consider the 6.5 Grendel or the 6.8 Remington SPC if you really want to be sure of a kill. The Grendel round in particular is a good choice since it is a heavier round and therefore has a flatter trajectory that makes it ideal for longer-distance shooting.

The 6.8 Remington is also a good round but many choose the .300 Blackout, which is available in either sub or supersonic forms and is a great round over distance. Other suitable rounds for an AR hunting rifle might be the .350 Legend, which you can get in a range of weights, or the .30 Remington AR, which many hunters consider to be the best round for most game, but you might have trouble finding a consistent supply. You’ll also need the appropriate bolt to go with this round.

Many people are tempted by the massive .458 SOCOM, because it sounds like it has lots of stopping power (which it does) but it is regarded as a round that is only really effective at shorter ranges, so probably not one for hunting with.

Once you have got your caliber sorted, you need to start thinking about barrels and barrel length. The AR can be fitted with an array of barrels and lengths, ranging from 16” to 20” in length, but suffice to say, if you want some accuracy over distance, you are probably going to go with the longest barrel you can get unless you are likely to be stuck in a lot of undergrowth. If movement is going to be restricted, you might want to look at a shorter barrel so that you can move it around and bring the weapon to bear on your target.

The upper and lower receiver need to be matched to your ammo, and also offer an enormous opportunity to customize your gun to just the way that you want it. Get an 80% lower and build it up the way that suits you.

You also have a choice of hand guards covering the barrel, but if you are considering hunting, we recommend the free-float version as this gives a better level of accuracy when shooting at range.

Once again, there are plenty on the market, but you might be a bit constricted depending upon which ammo you go for. The standard .223 round has a bewildering range of magazines in different forms and materials, all with their own advantages. However, you aren’t going to want a 50-round drum magazine, or even a 60-round Surefire, because as a hunter you will be placing carefully considered shots rather than just spraying bullets. Off the shelf magazines for rounds like the 6.5 Grendel come in almost anything between 10 and 25 round capacity, and if you want to go larger still, magazines for the .450 Bushmaster round will still pack five of these hefty bullets.

Of course, there’s little point in having a weapon that can hurl a round 1,000 yards if you can’t accurately see where you’re putting it. For the AR, the recommended long-range magnification is at least 9X and upwards, and luckily there are some great scopes out there that fit this bill. If you are keeping an eye on your budget, you might consider the UTG 3-12X44 30mm Compact Scope, AO, 36-color with Mil-dot and Rings. It has great optics and won’t break the bank. If you have a little more to spend, then you probably want to look at something like the Nikon P-223 3-9×40 Mate BDC 600, with precise, 1/4-MOA Hand-turn Tactical-Style, Zero-Reset Turrets for adjustment. Either of these is fine for long-range shooting, and there are plenty of others out there too.

The AR isn’t just a tactical weapon, and with a few adjustments can be turned into a fine hunting rifle that will do you proud in the field. Also, you may also find that the semi-automatic action of the AR is pretty useful if you happen to come across a situation like a pack of wild hogs, who can be a bit hostile at times, then you’re going to really appreciate a fast reload!

Read more about deer hunting and the best equipment used for it on this Web page.