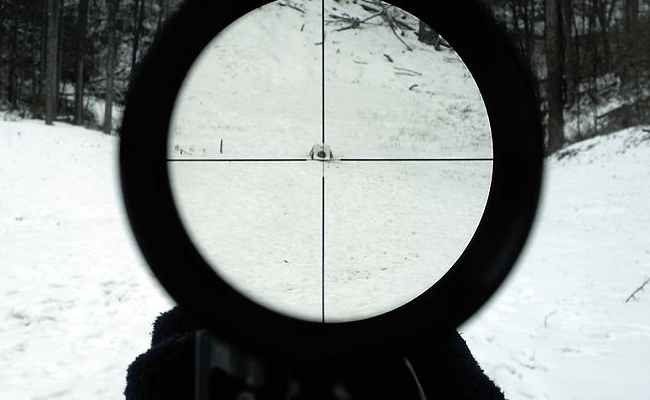 Build A Superior AR By Adding An Optic Scope

The AR-15 has been developed as a bit of a workhorse in the gun world: solid, dependable, and good all around. This smaller caliber brother of the AR-10 was developed as a mass-produced answer to military needs, but its modular design quickly made it a favorite with civilian users.

Originally chambered for the .223 Remington/5.56 NATO round, it was an excellent choice for defensive/tactical purposes. However, in recent years, by simply changing the barrel, the bolt, and the magazine of the basic gun, several new and more powerful rounds such as the 6.5mm Grendel, the 6.8mm SPC, and the .300 Blackout have been developed and we can easily convert this rifle to one of many different cartridges that are ideal for both hunting and long range shooting. So now we have a good strong rifle that can be chambered for a round that has plenty of punch over a good distance, and the iron sights the AR is fitted with are no longer relevant, or particularly useful.

Optic sights, and a whole new world of zeroing in on a target

The term ‘optic sight’ is a broad capture all name for almost anything that isn’t a fixed iron sight system. Optical sights cover a multitude of different devices, ranging from simple reflector sights to high powered telescopic units. For long range shooting and hunting, a telescopic sight with up to 20x magnification and a precision reticule is ideal, but these are expensive units and suited to well-placed and considered shots. If you want to zero in on multiple targets quickly, ideally you need a reflector or red dot sight to help you do it. 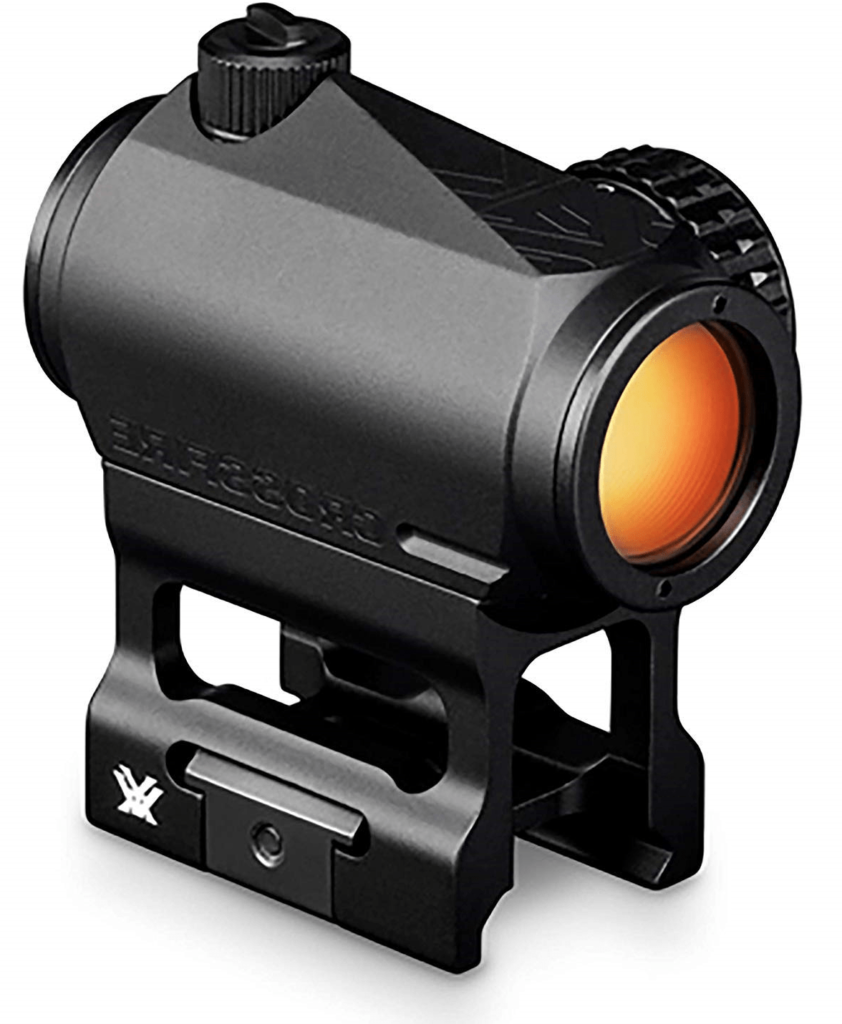 This is a common term for a type of non-magnifying reflector – sometimes referred to as reflex – sight used for a range of firearms, giving the user a high contrast aim-point in the form of an illuminated red dot at the center of a lens. The general standard design for sights of this kind use a red light-emitting diode (LED) at the focus of collimating (accurately parallel and aligned) optics which generates a dot style illuminated reticle that stays in perfect alignment with the weapon that the red dot sight is attached to regardless of relative position of the user’s eye, making it nearly parallax free.

Great For Fast Acquisition Of Targets And Heavy Recoil Guns

These types of sight are considered to be fast-acquisition and easy-to-use gun sights for target shooting, hunting, as well as being widely found in police and military applications.

Because this system has no magnification, the shooter doesn’t need to be concerned about parallax or eye relief. This makes red dot sights appropriate for firearms with heavy recoil that might drive a conventional short eye relief telescopic sight into the shooter’s eye. Because of the physics of the system and that fact that there are no magnifying elements involved, red dot sights can be effectively mounted at any distance from the shooter’s eye with no issues of focus.

Small And Easy To Mount

Many military-orientated rifle mounts place sights such as these on any mechanically-convenient mounting position, such as the carrying handle of the AR15 rifle, or on a rail system, such as a Picatinny rail, on top of the rifle. This leaves plenty of room for night vision equipment to be used in combination with the red dot sight. This relative ease of fitting makes red dot optical sights the first choice for anyone who is considering multi-target shooting, with the need to rapidly switch from target to target and deliver a round to each with high accuracy.

However, if you need a little more accuracy, but are less concerned about rapid acquisition of targets, then a lower powered optical sight may be just the thing for you. These types of sight – usually a 1-6x scope – have relatively low magnification (between 1x and 6x) which allows you to secure a target at any distance from anywhere from 10 to 150 yards away with ease. That makes them ideal for the AR owner who is hunting, where the target may suddenly appear and a variety of distances, and needs to be zeroed in on bit accurately and quickly. Once again, this type of sight can be used to quickly acquire the target – even if it is several or even tens of yards distant – with high confidence that the round is going in where the sight places it.

The AR-15 is just as adept at long range shooting too, but to secure any degree of accuracy you’re going to need a bigger ‘scope, even if that means drastically reducing your target-response time. The AR’s effective range in standard guise is around 600 yards, and that distance lends itself to a optical sight of probably no bigger than 12x, but there are plenty of good examples of this popular sized sight on the market, ready to be fitted to the AR uppers.

There are plenty of aftermarket telescopic sights suited to the AR range, including the impressive Bushnell FFP illuminated BTR-1 BDC with its 500-yard field of view, and the ultra-compact UTG 30MM SWAT 3-12X44 IE scope. Designed to be quickly mounted on the upper of the AR, sights like this offer the best of targeting along with rapid target acquisition, regardless of the type of shooting that you are interested in.

The AR15 is a great gun that has been made even better by the amount – and quality – of the after-market parts available for it. A formidable weapon with its standard iron sights, the gun becomes an excellent little field shooter with red dot reflector and a competent mid-range target rifle with larger ‘scopes fitted. All it needs you to do is decide what type of shooting is best for you and ‘scope up appropriately.

Previous: 7 Tools You Need To Have To Finish An 80 Lower
Next: 10 Reasons Why You Should Own An AR-10