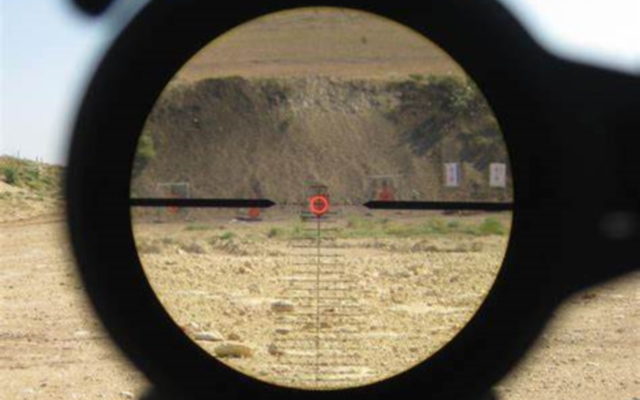 Zeroing in Your AR Rifle

If you are creating a custom AR rifle, many of the parts that you use will slot or bolt straight into place and will work properly from there. Other parts, however, require some setting up, and if you don’t do that properly, it can severely affect the performance of your gun.

The most obvious of these is a new scope and mounts. Get these wrong and it doesn’t matter how well your gun performs; if it’s not shooting straight then it’s all pointless.

Fitting a new scope and mounts means that you absolutely must re-zero it and ensure that it is firing accurately. This might sound quite an onerous and dull task but it is actually easier than you might think if you follow a few simple rules and follow the steps. Once you have headed to the range, and set up a bulls-eye target at an appropriate distance – 50 yards should be fine to start with, though you will need to check it at multiple ranges – you need to:

The US military has used this kind of method for years – though generally zeroing at 25 yards, rather than 50 yards – but it is only of limited use. If you zero a rifle in at 50 yards, you can’t expect it to perform to that same standard over 300 yards.

Fundamentally, adjusting your sights to a certain distance makes it effective – at that distance. If you want to have a well-zeroed rifle, you need to adjust the sights so that your point of aim (POA) matches your point of impact (POI). The main reason why this can be hard is because a bullet doesn’t fly in a straight trajectory, and will quickly drop as gravity starts to overcome momentum. This is an ever-present problem and becomes more so with larger bullets. A .223 from an AR15 is likely to have a much different flight path than a larger bullet – say a .308 or even bigger round – from an AR10. 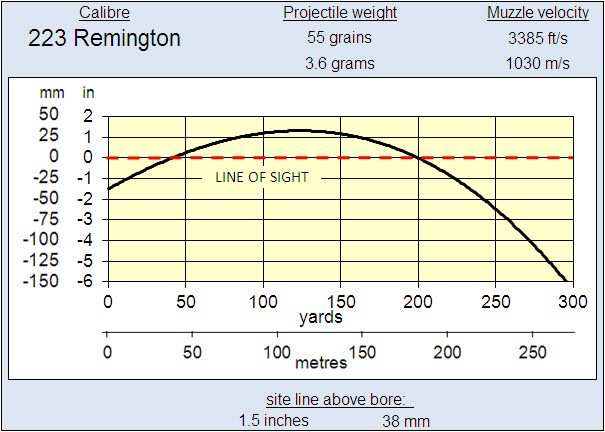 Zeroing In Your AR Rifle

But bullet size isn’t the only factor and the charge used to propel it. In terms of force, we know that force = mass x acceleration (F=MA), so it follows that acceleration = force/mass (A=F/M). This means that you could have the same sized bullet but with different loads and will get different trajectories. This makes the process of zeroing in complex. Let’s have a look at how you should go about it to get the best results.

Because we know that the bullet will inevitably drop, we need to add that adjustment in to make the rifle more accurate over a greater distance. The best way to do this is to angle up the barrel so that it ‘lobs’ the bullet upwards at the start of its flight, levels out, and then starts its downward travel. Once you have zeroed the rifle, the curved path of the bullet will coincide with the straight view through the sight, meaning that your POA and POI coincide.

So, earlier, we described the process of zeroing your AR over 50 yards, but that isn’t the best distance to attempt. Most experience users advocate sighting your weapon in at 100 yards – using the same process as above – which is a bit more onerous, but leaves you with a gun that is much more accurately sighted. 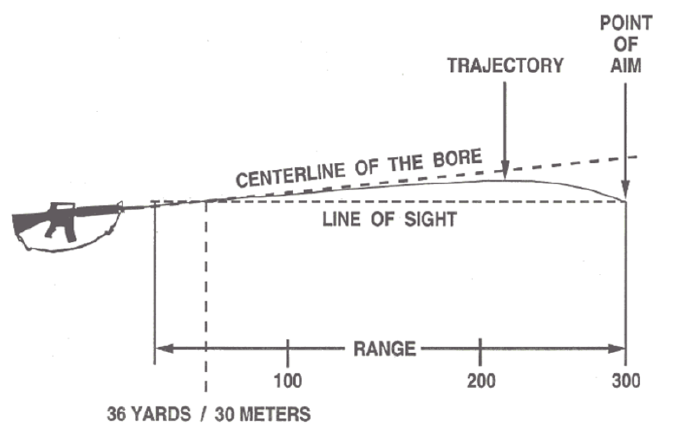 Zeroing your weapon at 100 yards does take a lot more patience and even practice than doing the process at a shorter zero distance, since many shooters struggle to hit 100-yard groups consistently, but it is worth the investment. The AR 15’s trajectory is relatively flat, all the way out to 200 yards, but drops significantly from that point. The .308 – one of the most favored hunting rounds in the US – is a different story and requires a lot mor compensation.

Using pretty much standard 150 grain ammo from a 20-inch barrel rifle your .308 round will only drop 4.3 inches at 200 yards, though the .308 has a lot more energy behind it than the .223 bullet. This extra energy is a huge advantage and carries the .308 round in a much smoother arc than the .223, which loses energy quickly. At 500 yards, the .308 performs better than the smaller round and significantly better at 1,000 yards.

Zeroing in your AR – be it an AR15 or AR10 – is a matter of deciding what your most likely range will be and zeroing for that using the process that we have been through. If you are medium to long-range shooting, you should also pick your ammo wisely and stick with it; different ammo will give different results!

Once you have set up your AR, keep it in that standard so as not to disrupt the zeroing. You can build plenty more AR’s for different distance shooting.

Previous: Should You Buy or Build an AR Lower Receiver?
Next: How To Make Your AR-15 California Compliant